Gold Star Productions is excited to announce that “Music for Mandela” has won the Audience Choice Award at the Amnesty International Film Festival – Vancouver. Congratulations to the entire production team including the wonderful crews in South Africa!

We are pleased to announce that `Music for Mandela` is set to premiere on Tuesday, September 17th at the Atlantic Film Festival: Link 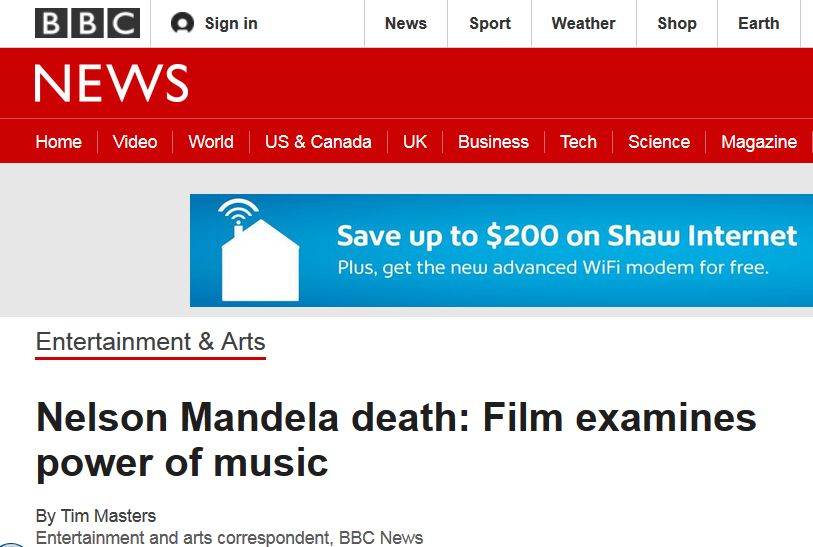 Another excellent article about our feature documentary in the BBC News: BBC Article Link

A great article on our feature documentary: in the Victoria Times Colonist: Article

Gold Star is pleased to announce that , “Music for Mandela” has been nominated for 3 Leo Awards in the following categories: Best Documentary Program , Best Cinematography and Best Original Music. For more information, please visit www.leoawards.com